SUOMI-NATORI PART 1 – FINLAND FROM A FOREIGNER VIEWPOINT SUOMI-nator(i) part 1 is the first part of the documentary SUOMI-nator(i) series – a humoristic perspective on Finns, their lives and their funny situations out of the viewpoint of a foreigner. Finland, the country of the North is known for a good education system, its darkness, its coldness and Santa Clause. But is all this really true? How do foreigners here perceive the country? This humoristic film shows Finns in real life situations, their funny habits, and what they are proud of. Everything is seen out of the perspective of a foreigner. “After being 8 years in Finland, and having seen many funny Finnish habits and cultural nuances, I decided to bring these on film. I saw many things change in this country towards a more international way of thinking. However, many foreigners still perceive Finnish society as closed. With this documentary series I would like to shade a bit more light on Suominatori’s way of thinking,” says the director Artur Lugmayr. Part one shades light on Finnish sisu, interaction, honesty, friendship, and nature.

A film produced and directed by Artur Lugmayr assisted by Christian Schusterschitz and brought to you by lugYmedia Inc. 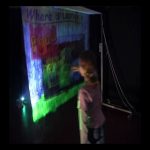